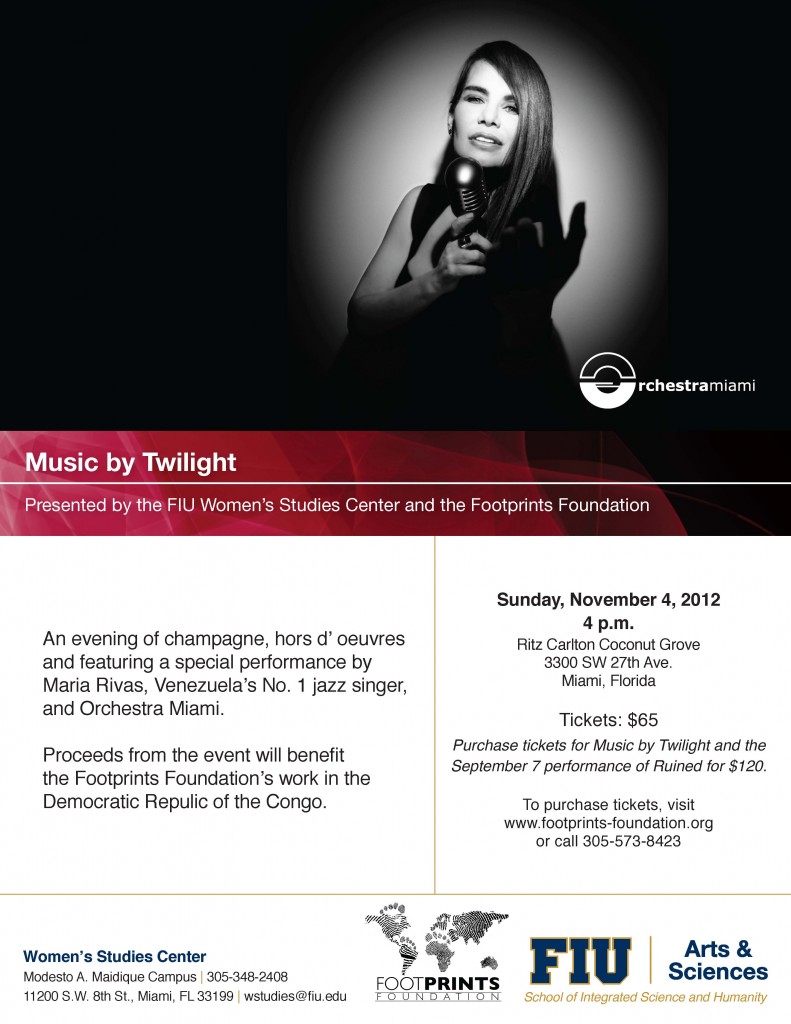 My activism in Africa began with a single news report and has taken me halfway across the world.

Traditional birth attendants in the Congo. Photo by Marcia Narine

It started when I watched a TV new segment, an Anderson Cooper piece examining the War on Women. It was a searing exploration of how rape is used in the Congo as a weapon of terror. The report touched me deeply, flooding me with anger and tears — and a resolve to do something.

The very night, I started my research. In the days ahead, I reached out to experts, like Dr. Julia VanRooyen, a Fellow at the Harvard Humanitarian Initiative, and her husband Michael, who does a great deal of work at the Panzi Hospital in the eastern Congo.

I also connected with Kaleba Kasongo, a Congolese woman who, in turn, referred me to Dr. Sylvia Gleason. Originally from Ohio, “Dr. Sylvia,” introduced me to four Congolese doctors doing humanitarian work in their own country.

I began sending money to those on the ground who are laboring in the violence-ravaged country of 71 million.. But I wanted to do more. And that’s how I found myself boarding a 23-hour flight to Africa. My traveling companion was my friend Marcia Narine. We were joined a day or so later by Kasongo, who would be our organizer and translator.

As we prepared to land at Kigali airport in the neighboring country of Rwanda, I became anxious and excited. This was a language and culture I knew nothing about.

After a quick check through customs we found Father Pascal, our host for the night. Then, a lovely supper of goat before retiring to my room and resting up for the trip into the Congo.

The border of the eastern Congo is sheer chaos. People beg for money; they offer to carry your bags for a fee. Bike taxis jostle for passengers. There are soldiers with guns everywhere. The magnitude of what I had gotten myself into was beginning to settle in.

Our driver, Virginia, whisked us away through the chaos along dusty, bumpy streets covered with lava and gray ash, remnants of the Nyiragongo volcano that devastated the area in 2002.

The next day, Dr Joseph Muyuma and Dr Alfred Mwenebatenda of Project Congo Alliance took us to see a little house they had converted into a hospital. Doctors there make less than $500 per month and often go without a salary.

And we got to meet Philomene. One of the joys of visiting the Congo was actually getting to meet the people we were trying to help. Philomene is a young girl who was gang-raped when she was 15 years old. She has a little daughter as a result of the rape. This is where our dollars had been going — $28 per month for their care. As we pulled up outside of her home, the whole village seem to descend upon us. Philomene ran and hugged me.

“Mama Lorna!” she called out. We hugged and cried.

We also we met with some traditional midwives; many are both untrained and illiterate.

They are afraid they might contract AIDS so they ask if we can provide them with gloves so they do not have to do deliveries with bare hands.

One woman told her story of being raped. All I could do was listen. I just could not find the words to tell her I was sorry. We learned women are gang-raped in their homes, or when they leave to collect firewood or fetch water. They are raped in public; they are raped in front of their families. The fact that they might be pregnant doesn’t matter. Age doesn’t matter. The youngest victim was a 3-year-old toddler; the oldest was a 90-year-old grandmother.

We also visited a refugee camp and clinic in Sha Sha. The clinic barely has any medicines, and many of the victims have died. All Souls Episcopal Church, Miami Beach, provided the clinic with a generator.

Our next stop was a three-hour boat trip to North Kivu to meet Dr. Philemon Kakisingi and Dr. Jeff Mibi from St Vincent Hospital. The hospital is overcrowded, with multiple patients often sharing a twin bed. There are over 150 women waiting to have reconstructive vaginal surgery as a result of the horrific gang-rapes.

The trip we took to see the mines in Shabunda will live with me forever. The rebels control the mines in this area. These mines are used in the cell phones and laptops that make our lives more convenient. Many question, in light of the rebels’ hold on the area, whether we shouldn’t be obtaining those minerals from someplace else.

The trip to Shadunda was different from all our other trips. We changed drivers. We needed someone who was born in the area and familiar with the dangers. We left at about 6 a.m., to get to the mines and back before dark.

At each village, we stopped and visited with the chief. We would always leave a small monetary gift for the village. It was a humanitarian gesture but it also allowed us access and safety. I knew we could easily be killed. Rebel soldiers were everywhere. They were young and they looked angry. The soldiers are not paid.

“They kill, they rape and they take our food,” the villagers told us.

Inch by inch we made our way up the mountains and as we finally turned a corner we saw something magical, hundreds of women in beautiful African dresses. Once they saw us they started singing and chanting. Neither love or suffering have only one language, I understood it all.

Suddenly we looked up and saw several trucks with UN soldiers. The UN commander wanted to speak with us. He wanted to know who we were. Why were we there? He made it clear he did not want any trouble. “We are peaceful people,” I told him calmly. “We are only here to help the women of the Congo.”

The women waited patiently for us. Once we rejoined them we understood the significance of our visit. At this very spot in 1998, 13 people were buried alive. We cried and we hugged; I promised the women we would tell their stories. I also promised them we would provide surgery for the women who have been raped, and to set up a midwifery training program so their women would no longer die in child birth.

On the way back, we encountered another horror. Lying on the ground like road kill were five bodies — the carnage of a massacre on the village the night before.

I wondered who they were and how long they were lying there. Would they have a decent burial?

The author is the founder and executive director of Footprints Foundation, a nonprofit dedicated to saving women’s lives “one footprint at a time.” She is a former Miami-Dade prosecutor and a former registered nurse and midwife.
Read more here: http://www.miamiherald.com/2012/07/08/v-fullstory/2886791/africa-a-journey-of-hope-and-progress.html#storylink=cpy

We return to the Congo Oct. 1-12, to start our first training program for midwives. The curriculum is been developed by Dr Mary Jo O’Sullivan, Dr. Nahida Chakhtoura, and Jamile Munajj-Brown, a local midwife. Our goal is that in five years we can turn this program over to our Congolese partners.

We need help in raising the $50,000 needed to start the program. Donations can be sent to Footprints Foundation 4000 Ponce de Leon Blvd., Suite 470, Coral Gables, Fl. 33146 or online at www.footprints-foundation.org. We are also looking for doctors, nurses and psychologist to join our team